Hot on the heels of last year’s ‘Happy Hour’ on Red Arrow, Sundays in January see an hour of free travel across the Trent Barton network. It’s a scheme called “Free Ride Sunday” and it’s designed to get more people on the buses and into the city centre on what has traditionally been a day where people have stayed at home.

People’s general attitudes towards Sunday being a “day of rest” have massively changed. The number of people who would consider themselves Christians decreased by 4 million between 2001 and 2011 according to census figures, whilst the proportion of people who considered themselves to have no religion increased by 10% to a quarter of the population. From my own personal experience of working in retail, it is not uncommon for us as a shop to take just as much, if not more on a Sunday than the Saturday before, despite 3 hours fewer trading. Sunday is therefore, it seems, becoming the new Saturday. 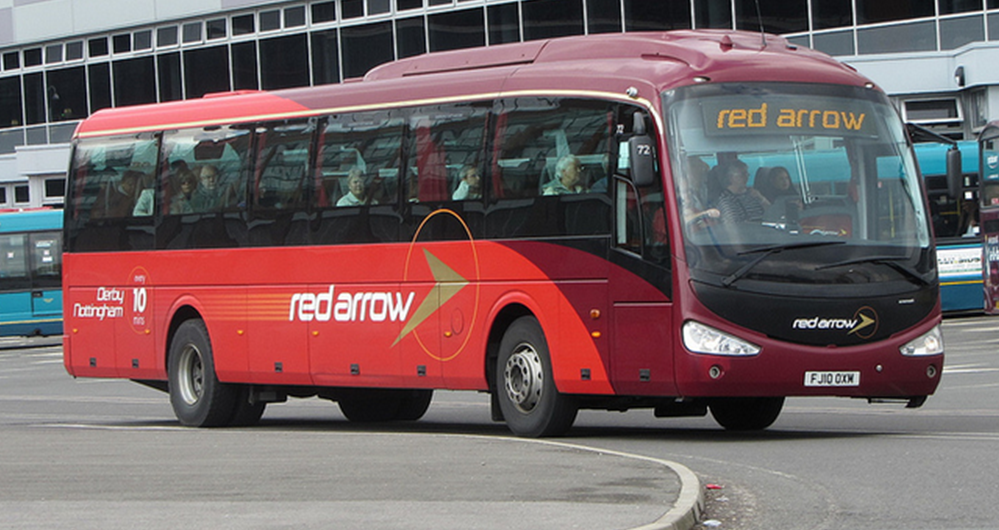 But there are a few factors holding it back. Sunday trading hours, for one thing. Large shops (over 280 square feet) are restricted to just 6 consecutive hours of trading which discourages smaller shops from opening for much more; it is the larger shops that draw the customers into the retail destinations. Secondly, public transport links are nowhere near as good on a Sunday as any other day of the week. Very few bus or train routes run to the same timetable on a Sunday, with some routes seeing no service at all. Many that do run rely on a council subsidy or use truncated routes in order to be sustainable. 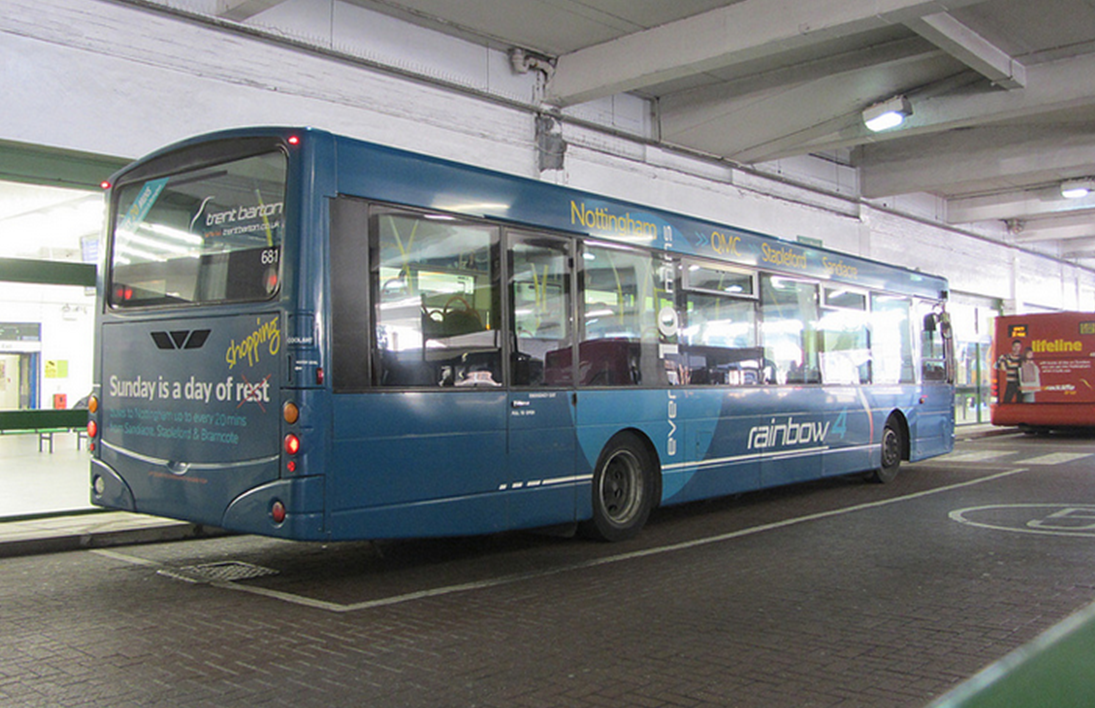 Sunday is a day of rest shopping! It's a message that Trent Barton have been encouraging for a while

But things do seem to be getting better, Swift finally saw a Sunday service last year after years of sister company TM Travel running an alternative service. The Threes saw an increase from two buses an hour to three on a Sunday along key sections of the route. And perhaps Trent Barton’s latest venture shows that they believe there is potential in a more comprehensive Sunday service, if more people can be convinced to go into the towns and cities at the end of the week. In the official press release, Commercial Director Alex Hornby comments “In recent years Sunday has also become an increasingly important shopping day, and by taking up the offer customers can also enjoy a little extra money in their pocket to spend in the January sales!” 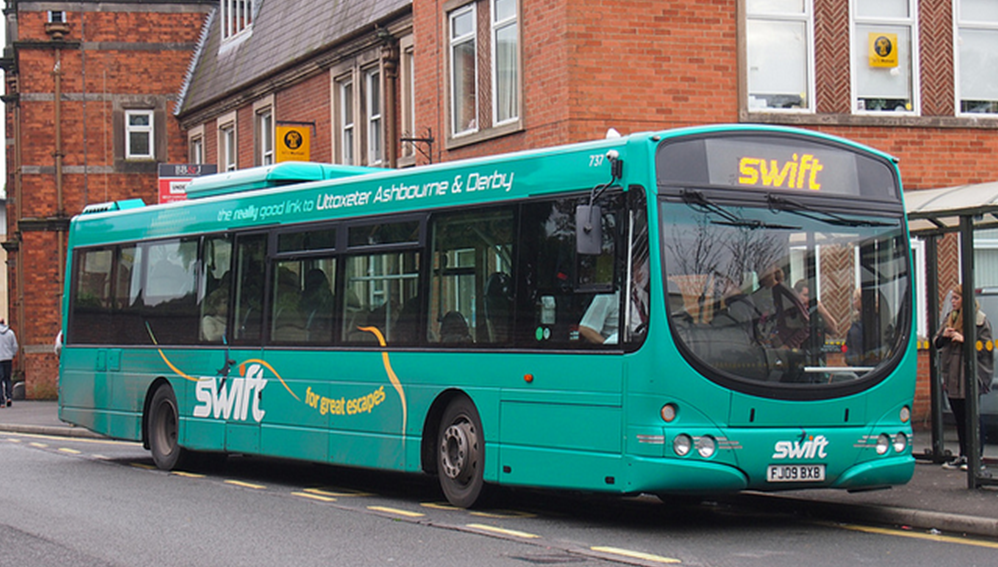 Swift only became a 7-day-a-week operation last year, but on a much reduced timetable and a truncated route

There is, of course, another incentive for the operator. It will get more people to try the bus as a means of transport.  Many people still stereotype buses as being like something out of the sitcom “On the Buses,” dirty, dingy and not nice things to be on. Whilst certain operator’s vehicles may way still live up to that stereotype, the vast majority of Trent’s don’t. Customers may well be pleasantly surprised on how advanced buses have become, particularly considering recent additions such as air conditioning and Wi-Fi.  On this, Alex comments “In 2014 we want to see more people discover the comfort, convenience and value for money that our friendly, frequent buses provide while helping to cut congestion on our busy roads.” All it takes is a few individuals to swap to bus travel from the car for the scheme to break even, which if nothing else will be a nice treat for regular customers, which may encourage loyalty at a time of heavy competition. 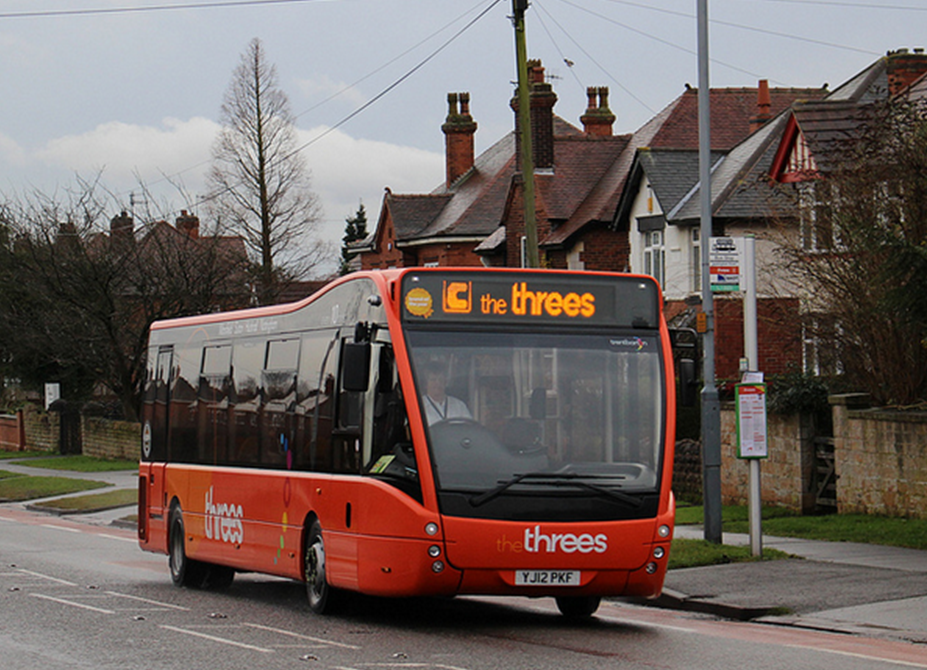 So what is a relatively simple idea is fantastic on many levels. It is well supported by groups representing the retailers in Derby and Nottingham due to its potential to increase patronage on Trent’s buses as well. Furthermore, the more people that convert to bus travel results in fewer cars on the road, which is good for the environment too. Here’s hoping that it proves successful.

All the photos are (c) Matt Burley
Posted by Oneman at 14:52