Another one bites the dust

It’s been nearly a year now since Premiere travel ceased trading, and only a few months since Gill’s travel shut its doors. Now, we hear the sad news that K&H Doyle’s Coaches of Alfreton have gone out of business. Their fleet of smart lime green buses have been a feature around the East Midlands, particularly Alfreton and Mansfield for many years, and their loss is a sad one, and indeed a reflection on the hard times that many companies continue to face. 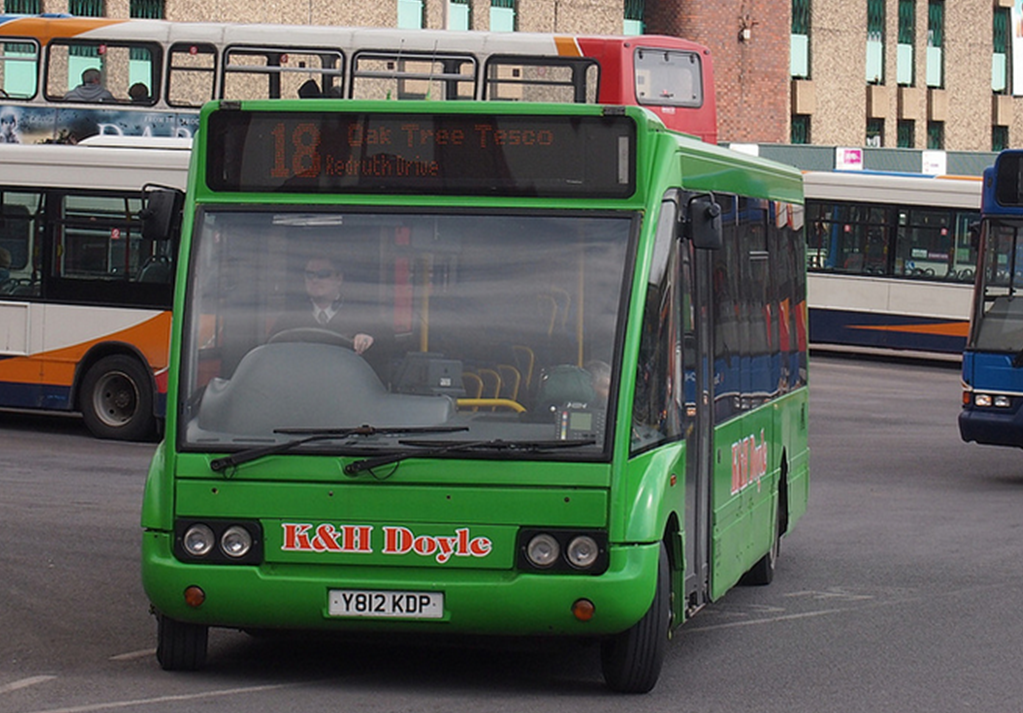 K&H Doyle was started by husband and wife team Kevin and Helen Doyle back in 1986. They were a company that relied upon council contracts, and as far as I am aware, all of their routes at closure relied on council subsidy. A quick glance on their (still active) website history shows that they have, at some point, reached all corners of the region, from Sheffield to Ashbourne, from Derby to Nottingham. 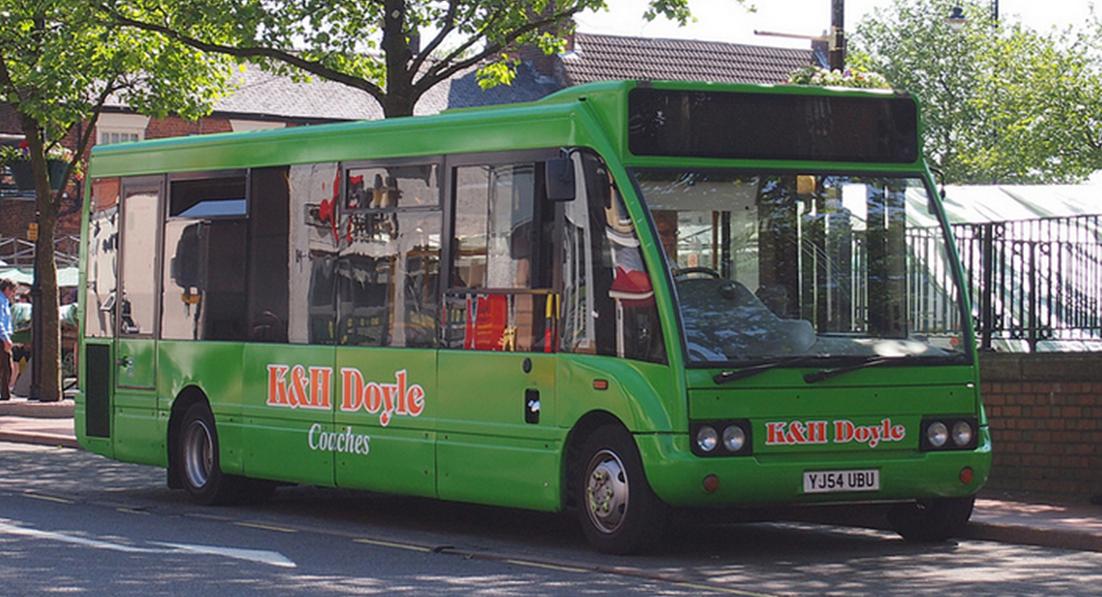 The council tender market in recent times has however become far more competitive. Yourbus is now a big player in the market and I fear their arrival may well have been the cause of Doyle’s closure.  In October 2009, K&H Doyle lost their first contracts to Yourbus in the form of the 140/1/2 services around the Crich area. Since then, Yourbus have taken over the running of the 228, 229, 59, 138, 101 and 147 all from the same operator. The 101 was registered commercially by Yourbus, K&H Doyle decided to attempt a competitive commercial service too after the council was obliged to withdraw their subsidy but it was Yourbus who were successful in that battle. 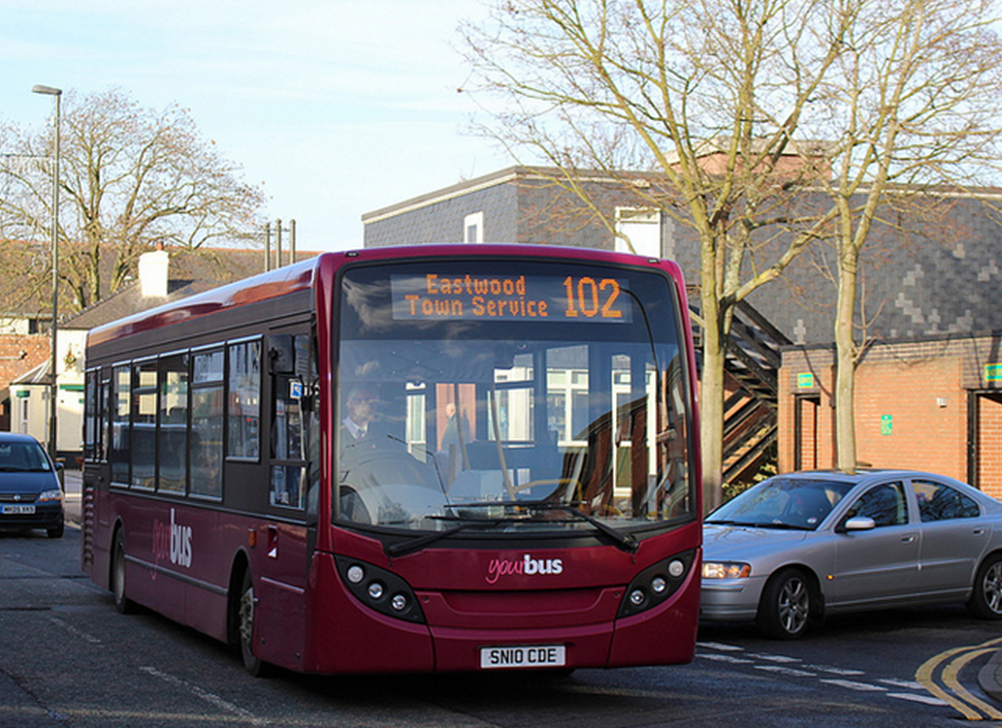 The failure of K&H Doyle also demonstrates that the belief that council contracts are “guaranteed money” and are able to support failing commercial services is misguided. The notion that a company’s financial future is sound because they have a large portfolio of subsidised routes is wrong. K&H Doyle were a company who had such a portfolio, and with no commercial services to drain cash either. In the competitive market, companies are having to bid for contracts with little or no profit margin, and if the collective margins don’t cover any overheads, then it won’t be long until the bailiffs come knocking at the door. 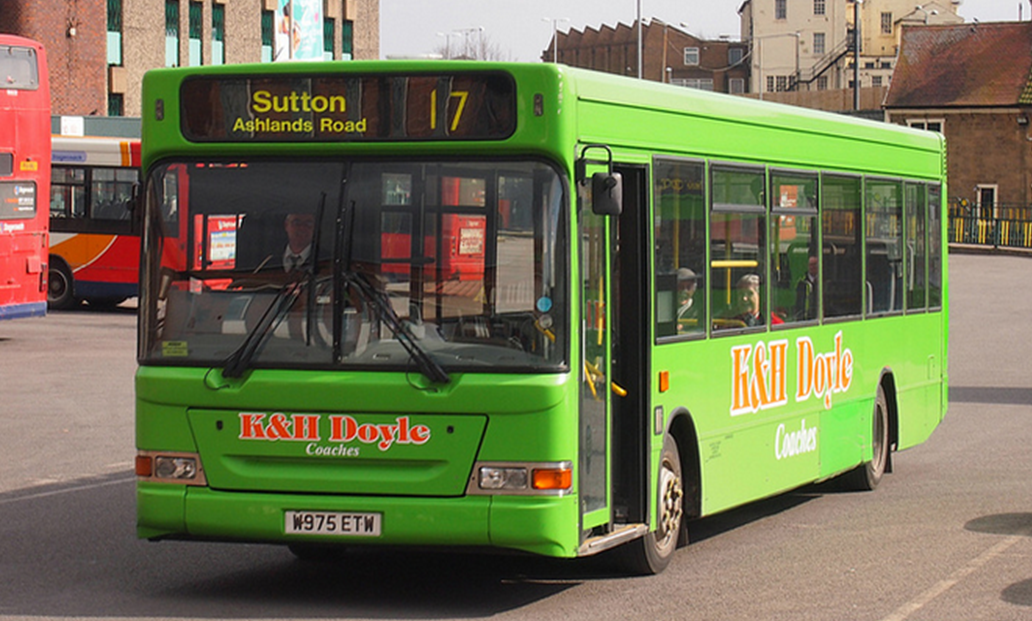 It is cruel coincidence that one of Doyles’ routes at their closure was the 228, one taken on after the collapse of Premiere last year. Or that Gill’s Travel operated two of Doyles’ former buses, still in their green livery. The loss of K&H Doyle is a sad one for the region; they were a liked and respected operator, judging by the messages of condolence on twitter from big names in other companies. The majority of services seem to have been replaced within a short space of time, and hopefully former employees will find work at other companies quickly. It is a great shame, but we shall never see the smart green fleet on our roads again.

All photos are courtesy of Matt