Nottingham and York are two cities without an awful lot in common. Certainly they both have a significant historical context, but in a number of fields, size in particular, they are miles apart. One thing they do have in common is that they are both look at in this blog, so when, recently, the two were included in the same Government press release, I realised it would be foolish to not write about it. 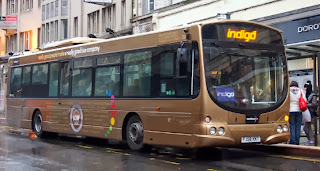 Earlier this year, Sheffield became the first city to be designated a “Better Bus Area.” What this essentially involved was a shift in the control of Bus Service Operators Grant (BSOG) from National to Local level. In addition, further funds were allocated in order to “tackle the problems holding back local bus markets”
It must have been a success, after the pilot period, four more cities are due to gain the status. In addition to the West of England (Bath and Bristol) and the Merseyside area, York and Nottingham are set to benefit. Whilst York will receive £1.3 million in funding, Nottingham will receive a whopping £11.3 million over the next four years. 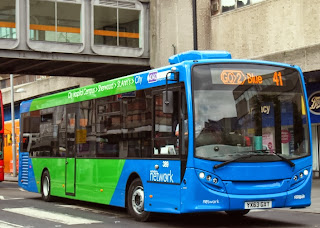 Local Transport Minister Baroness Kramer has said that the scheme is “designed to drive up performance and passenger numbers.” With that goal in mind, York and Nottingham seem like two ideal cities. Nottingham is regularly voted as the least car dependant provincial city in the UK, a credit to its transport system, whilst York is a city full of bus priority measures and no less than 5 park and ride sites, with several more planned. These are cities where the local authorities realise the importance of buses in reducing traffic and therefore pollution and encouragement to use the bus services can only be a good thing. Investment in bus priority schemes and passenger waiting areas will only improve bus users’ experience which will only drive up passenger numbers. A win-win all round. 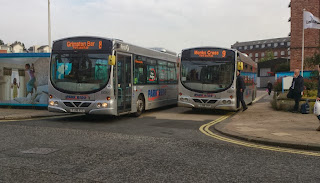 York has a comprehensive Park and Ride network

One city absent from the list is Derby. That is, in my personal opinion, a city ran by an anti-bus council. The removal of key bus lanes into the city and a bus station seemingly built with lease-able leisure and retail space as a priority over a properly sized interchange is testament to this. There are bus priority measures Derby, don’t get me wrong, but the removal of any measures is very much a backwards step, and I watch on in Horror as Liverpool’s Mayor proposes the removal of all of their bus lanes. Hopefully Derby can closely monitor the effect of Nottingham’s Better Bus Area status and will hopefully bid for the status in the years to come. 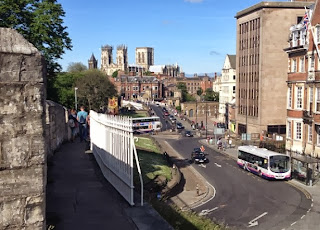 Bus priority is common in York. This photo was taken by me (a rare occurrence!)

In its simplest form, the aim of the project is in the name; “better buses.” Given the money available for the project, it is certainly something that has the capability to work very well in both cities. These are two cities that trust their bus networks and the companies that provide them, as well as other organisations, both academic and industrial, that support services operating close to them. They are two examples of cities where public transport works well and efficiently and hopefully, with the help of the scheme, they can be cities that set an example to those not only across the country, but also across the world.